Bearing all Down Under: the role of Australasian countries in the illegal bear trade

The illegal wildlife trade is one of the largest drivers of biodiversity loss and greatest threats to environmental security and human wellbeing.

The trade itself includes tens of thousands of species and millions of individual animals and plants. Species are traded for a huge variety of purposes, for meat, use in traditional medicines, as luxury ornaments, hunting trophies, for the fashion industry as well as live specimens for pets.

In Australia, our unique animals and plants are highly demanded overseas, as well as at home, and over-harvesting and trafficking continue to be a risk to species as diverse as sandalwood and shinglebacks. But what about our demand for exotic wildlife. Is Australia involved in the illegal trade in exotic wildlife?

Researchers from the University of Adelaide, in collaboration with the Monitor Conservation Research Society and the Wildlife Justice Commission examined the demand for bear parts and products in Australia and New Zealand. They found that between 2007 and 2018 biosecurity agencies had made almost 800 seizures of bear parts and derivatives being smuggled into both countries. 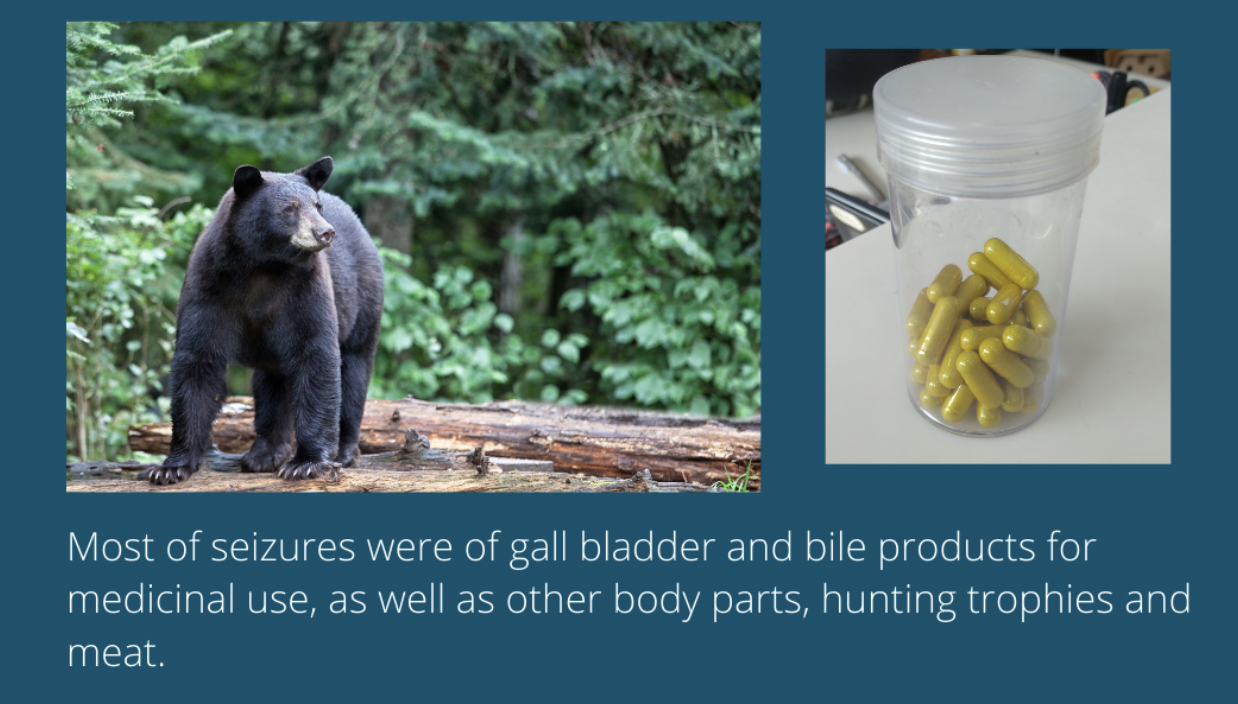 Lead author of the paper published in Pacific Conservation Biology, Dr Phill Cassey from the University of Adelaide said: “While neither Australia nor New Zealand have any native bear species it is clear that there is still a demand for bear products outside their native range.

“Most of the seized products were from traditional medicines, and bear bile farming is a particularly insidious threat to the conservation of bears. However, a large number of seizures were also hunting trophies and bear body parts – including teeth and claws”.

“This study illustrates the international nature of illegal trade in bear parts and products and the need for increased international effort to eradicate this crime,” said co-author Dr Chris R. Shepherd from Monitor Conservation Research Society, based in Canada.

While China and North America were listed as the sources for the majority of seizures, 33 countries were involved in the trade, which included Asia, Europe, Americas, Asia, Middle East, and Africa. Bears are sourced from the wild, in some cases via bear bile extraction facilities, commonly known as bear bile farms.

Dr Cassey said: “The demand for bear parts and products is not just a threat to species in their native range, but also in non-range countries.

“It is important that Biosecurity and Environmental Enforcement Agencies in Australia and New Zealand are supported in their roles to reduce demand for illegal wildlife products and work with source countries to combat wildlife smuggling.”

The Illegal wildlife trade and unsustainable use of biological resources is increasing rapidly and constitutes one of the greatest threats to biodiversity and environmental security globally.

Access Bearing all Down Under: the role of Australasian countries in the illegal bear trade was published in Pacific Conservation Biology.