In the world of wildlife conservation, the Pigeons and Doves group (Columbiformes) is overlooked despite its amazing species diversity and ecological importance. Championing Pigeons and Doves, like with other lesser known and perhaps less iconic wildlife, is difficult but even more critical, as a new study on the trapping and trade of the Critically Endangered Silvery Pigeon Columba argentina illustrates.

A totally protected species in Indonesia since 2018, any harvest, trade, transportation, export or possession of wild-caught Silvery Pigeons is punishable with penalties of up to almost USD7,000 and/or up to five years imprisonment. Silvery Pigeons are nationally protected in Malaysia, the only other country where it occurs, but are not known to be protected elsewhere. It is not listed in the Convention on International Trade in Endangered Species of Wild Fauna and Flora (CITES), therefore there is currently no international framework to regulate cross-border trade.

In a study conducted between October and December 2021, researchers found at least 10 individual Silvery Pigeons offered for sale by three different vendors on social media platforms in Indonesia. An alarmingly high number in contrast to the current official estimate of between 1-49 remaining individuals (see fact box below), this discovery should spur urgent conservation and law enforcement action. 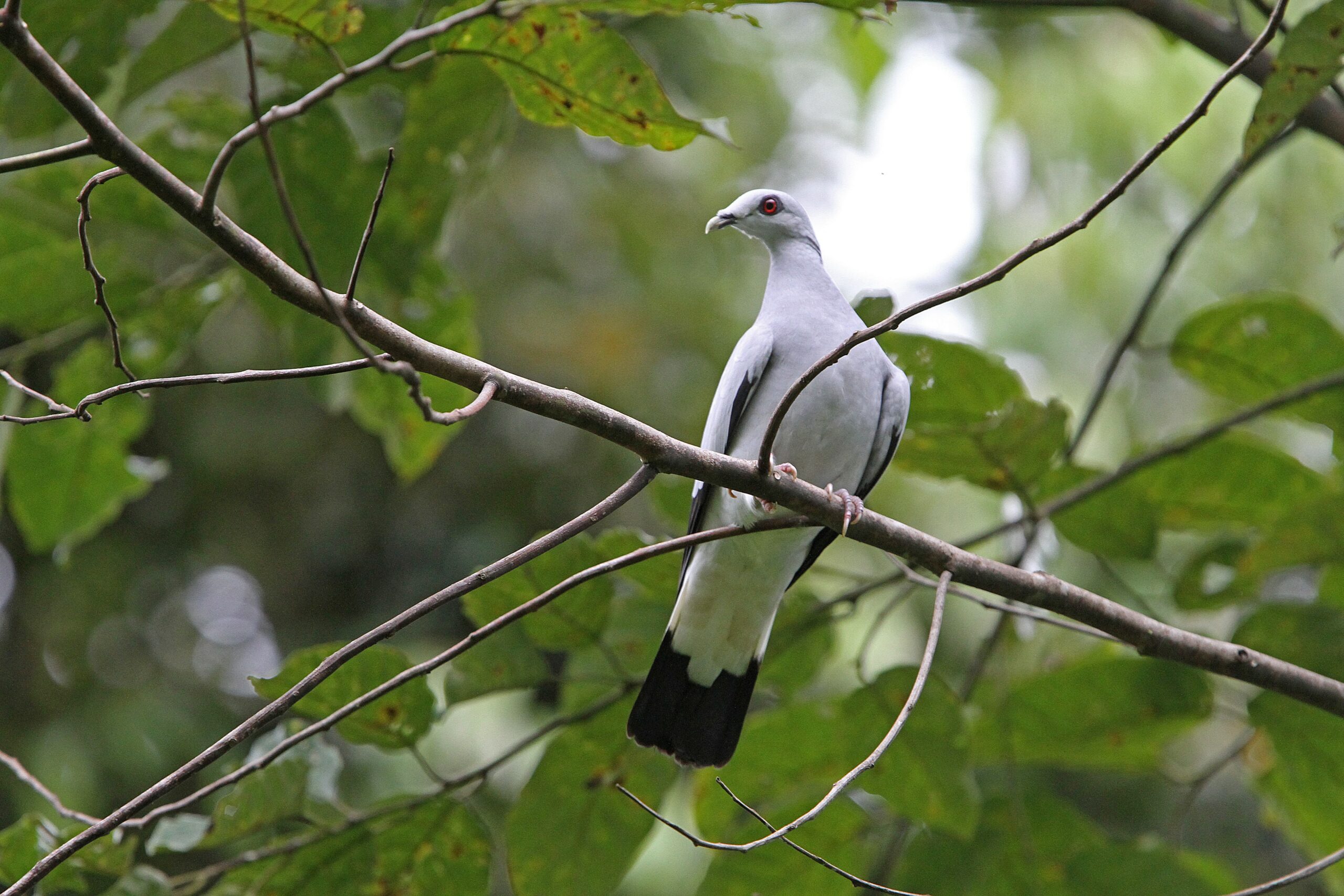 “The haste with which we have been able to document the recent trade events has been remarkable, but a tangible conservation strategy and actions must follow suit.” says Rostock Zoo’s Curator of Ornithology Simon Bruslund, lead author of the study, adding that the networking through the Monitor Songbird Lab and the newly-formed IUCN SSC Pigeon and Doves Specialist Group allows for this kind of rapid response to concerning developments.

An action plan to save the Silvery Pigeon is urgently needed, taking the One Plan Approach to species conservation planning through joint development by multi stakeholders. This plan would ensure science-based conservation and management of this elusive and enigmatic species.

Online trade as a serious additional threat to the Critically Endangered Silvery Pigeon Columba argentina in Indonesia was published in Nature Conservation.

Status in the wild: Until the late 2000s, it was speculated to be extinct following a 70-year absence of definite records. The population is currently estimated to consist of 1-49 individuals but considering chance of misidentification, possibly mistaken for the sympatric and superficially similar Pied Imperial Pigeon Ducula bicolor during past population surveys, and more recent surveys that have identified further remnant populations, actual numbers may be higher. Further field research is needed. The total population is nevertheless anticipated to be small and at risk and is certainly absent from areas with higher levels of human disturbance.