Indonesia is world-famous for its biodiversity, which includes numerous birds. But the country also has the highest number of bird species threatened by trade. The trade and keeping of caged birds are deeply rooted in Indonesian culture, and overexploitation of wild birds has already led to population declines and extinctions in the country.

A new Monitor study shows that Indonesia’s large-scale bird trade spans beyond the country’s main islands and highlights the illegality of most of the observed trade. 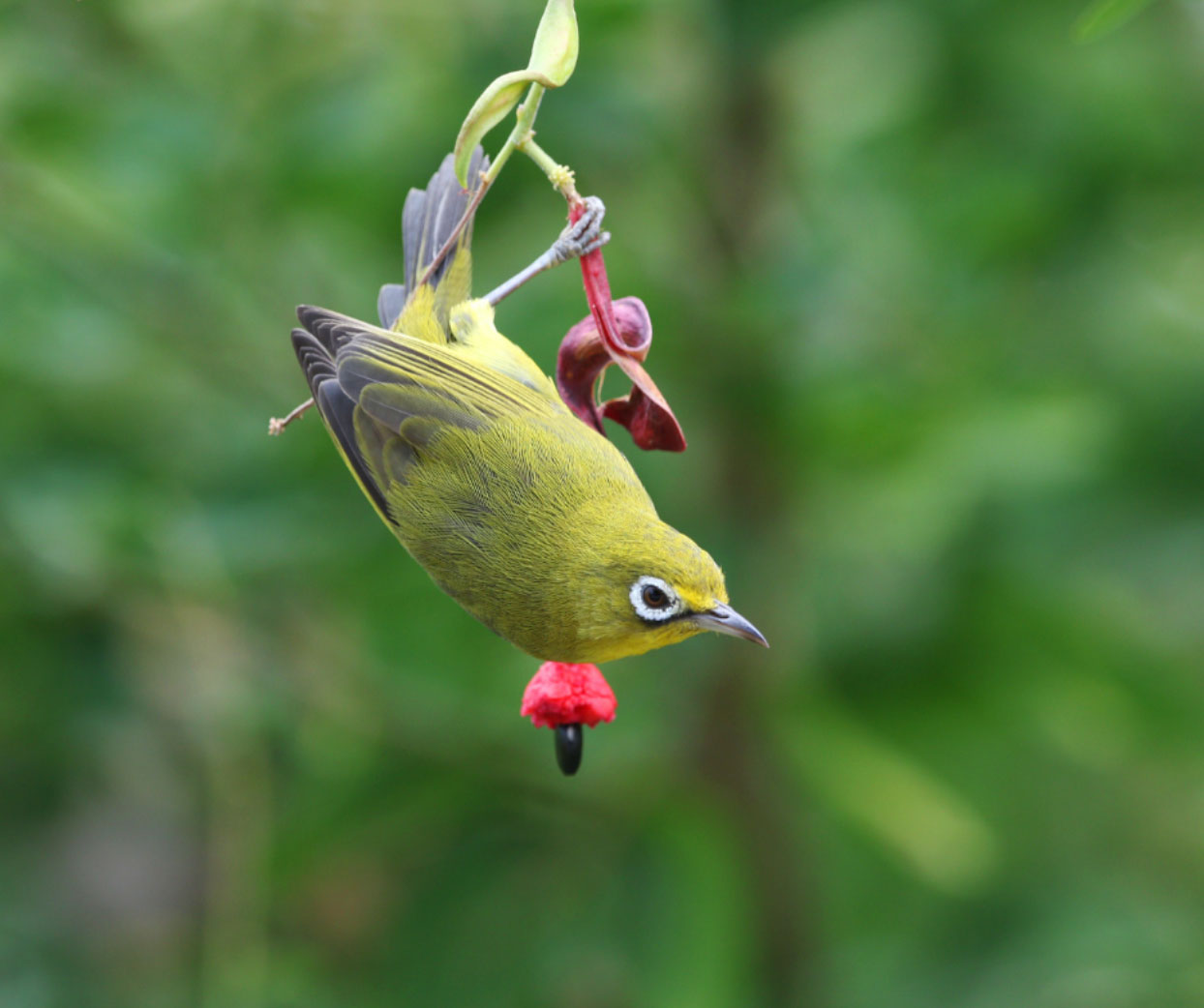 The high numbers of Lemon-bellied White-eyes observed in Mataram’s markets were of concern.

The study, carried out in the city of Mataram, on the island of Lombok in West Nusa Tenggara, found more than 10,000 birds of 108 species across five market visits in 2018 and 2019.

“Indonesia has an opportunity to demonstrate that it can have sustainable bird trade. But it is clear that to do that, enforcement of its own laws needs to be enhanced in an efficient, cohesive manner,” says Boyd Leupen, the study’s lead author.

The vast majority of the observed birds occur on Lombok, suggesting that most of the individuals in the market were caught locally, although there is the possibility that some were harvested on other Indonesian islands.

Indonesia has an extensive domestic trade network, corroborated by the fact that the study found more than half of the recorded species to be non-native to Lombok.

“Our findings confirm the occurrence of inter-island trade in Indonesia, while highlighting the importance of local trapping to supply local markets,” added Leupen.

The study’s findings included rare observations of Lombok’s endemic and Near Threatened Rinjani Scops-owl Otus jolandae, as well as concerningly high numbers of the Lemon-bellied White-eye Zosterops chloris. It has been suggested that the latter is targeted as a substitute for other Indonesian white-eye species that are now in decline due to trapping for trade.

Indonesia’s wildlife laws are sufficient to tackle unsustainable cage bird trade. The recorded transgressions should be seen within the country’s wider cultural framework in which birds play an important role. Cultural contingencies need to be considered if conservation actions, which should include improved enforcement, demand reduction and consumer behaviour change, are to be successful.

Continued research is needed to monitor and better understand Indonesia’s bird trade and to detect trade trends and potential threats for specific species.

Market surveys in Mataram, Lombok, illustrate the expanse of legal and illegal Indonesian bird trade networks was published in the Indonesian Journal of Applied Environmental Studies.